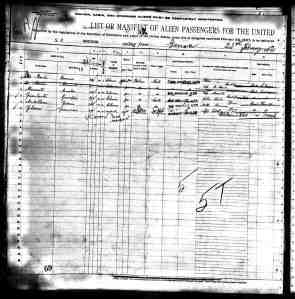 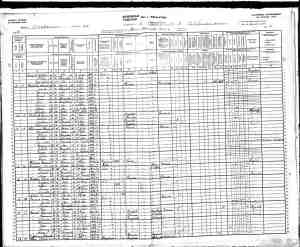 Here’s an excerpt from the 1901 census of Canada regarding my great great grandfather Moise Meloche and his family. He was just an infant at the time this census was taken, living with his parents Henri and Cecile in Anderdon township, Essex County, Ontario. More specifically, River Canard, where his father earned money as a gamekeeper (in a later census, he is listed as a gamekeeper and a farmer, so I think we can assume they had crops as well).

Interestingly, due to it’s marshy land, River Canard was a popular place for the muskrat farming industry. This may sound a little strange today, but fur trading was still a major industry, and muskrat pelts were a hot commodity! So as a “game keeper” in this area, Henri may have been a muskrat farmer!

I found this record at Ancestry.com, in their 1901 Census of Canada collection.

Dan and Annie Koszlak with their 3 children, on a bright, sunny day. Probably c. 1940’s in Brokenhead, MB